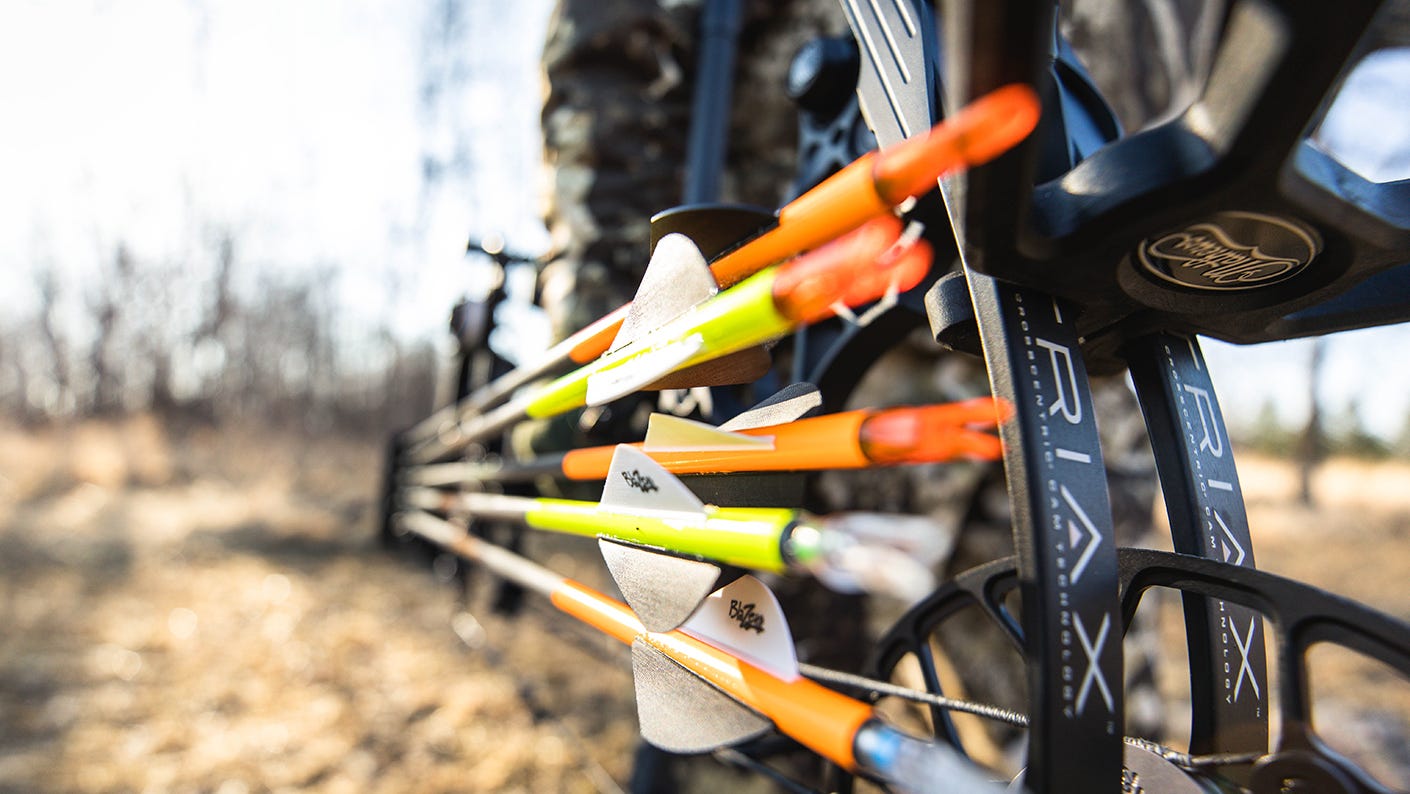 No questions asked pass-throughs, bone splitting down-range performance, and short blood trails when your perfect “plan A” shot turns into a “plan B” hit – The Ranch Fairy arrow philosophy.

When it comes to applying the undeniable laws of physics, biological science, and analyzing in-the-field arrow impacts on one of the toughest built critters going (feral hogs), Troy Fowler, AKA “The Ranch Fairy” is putting in the work. They say the line between insanity and genius falls on a razor’s edge. Watch some of Troy’s videos on his growing YouTube channel, and this might ring true. But for Troy, you’ll have to be more specific about what razor’s edge he stands on – because it will undeniably come in the form of a single-bevel two-blade broadhead.

When you boil down the variables that make up the recipe for optimal arrow flight, penetration, and overall lethality, it’s simple. Getting the recipe right for your setup can take some work. Can a person go to extremes? Absolutely. The trick is finding the sweet spot for your overall setup, hunting style and what you want to accomplish. Below are a few basics of the “Ranch Fairy’s” fundamentals. Tune in to Episode #191 of the Vortex Nation Podcast for a deep dive straight into the FOC/heavy arrow rabbit hole. 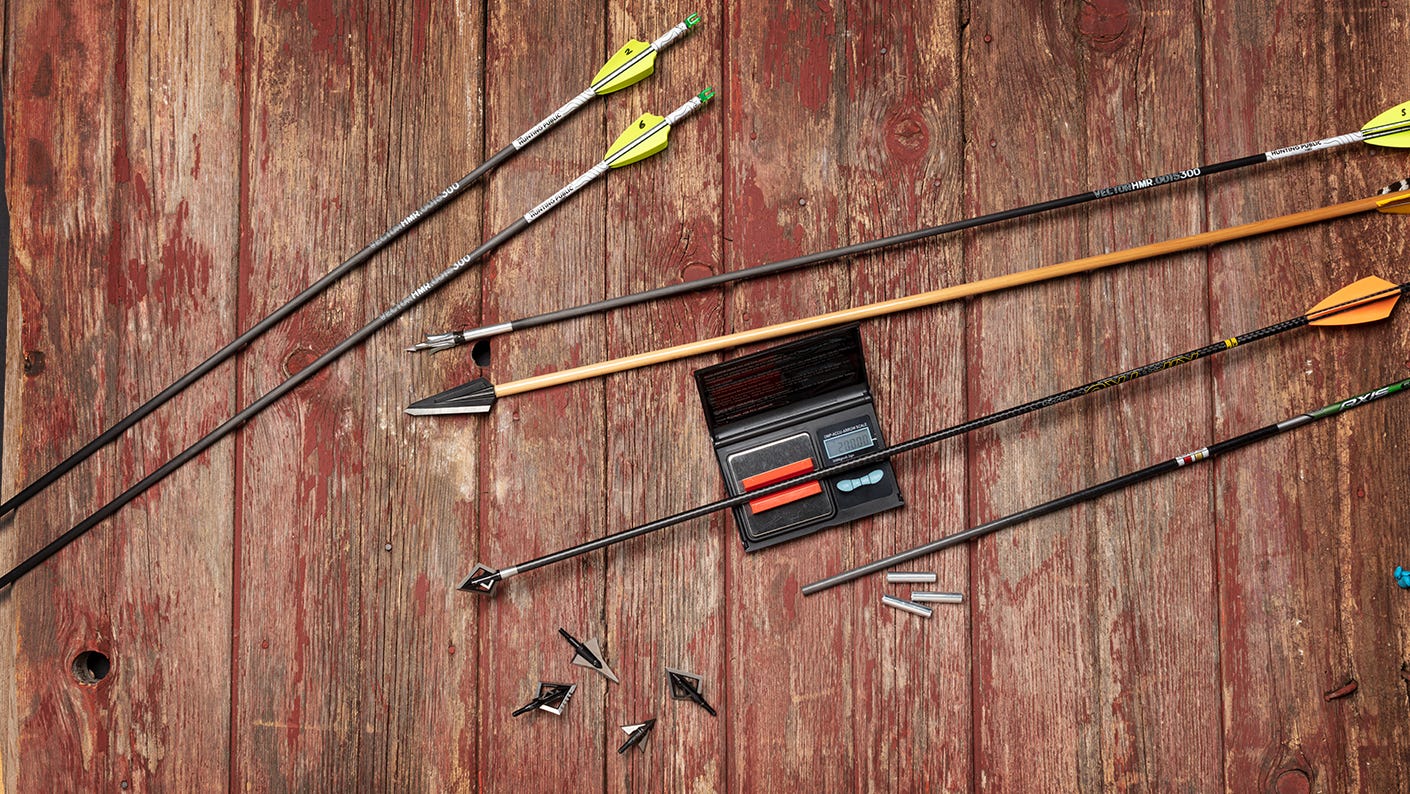 1. Front of Center (FOC): FOC is the percentage of an arrow’s total weight positioned in the front half of the arrow. The higher the percent of weight up front, the more forward the arrow’s center-of-balance. Research done by The Ashby Foundation, which Troy references quite a bit in his content, shows after achieving 19% FOC, every percent gained thereafter resulted in additional penetration. Higher FOC considerably, and positively, affects arrow stability as it passes through the air. A heavy arrow isn’t enough, it needs to have a strong FOC component to work to its fullest potential.

2. Perfect Arrow Flight: Now that you are as hyped about FOC as the rest of the world, you’ll need to come back down to earth. Perfect arrow flight reigns supreme. You can crunch the numbers and have the absolute best blend of structural integrity, FOC and total arrow weight on paper, but if it passes through the air erratically – you have nothing. This leads us to bare shaft tuning.

3. Bare-shaft tuning: Bare-shaft tuning is essentially paper tuning your arrows unfletched. If you can get perfect bullet holes through paper without the stabilization fletching’s provide, you will be well on your way to perfect arrow flight when you glue those bad boys on.

4. Nock tuning: If you get outlier arrows that don’t shoot like the rest, turn your nock and reshoot. That simple tweak can get them grouping with the others.

5. The Kinetic Energy Fallacy: We hear and talk a lot about Kinetic Energy in the archery world. It makes sense on the surface – and to be fair, is still an important number. KE is the total energy of an object in motion (i.e. your arrow). However, your arrow’s total KE isn’t telling the whole story when you think about it in terms of arrow killing efficiency. KE is the total energy of the object moving in all directions – which can include backward upon impact. Even sound given off by the moving object is a portion its total KE number.

6. Momentum is what really counts: I think we can agree, when it comes to shots on game, physics and numbers that denote how effectively an arrow passes through the animal are what we really care about. Momentum is a linear measurement of work moving in a direction – essentially how hard the object pushes once it hits another object. In the end, you want the front of the arrow to “pull” the rest of the arrow through the animal.

7. Structural integrity: Probably should have led with this, but the system must be durable enough to withstand the abuse you and the animal will dole out. Period! If it fails for any reason, much of the potential work of your arrow is lost - and possibly your quarry along with it.

8. The pointy part: Breaking down broadheads, and possibly some shoulder blades in the process - Troy recommends a 125 to 200 grain Single bevel, cut on contact two blade broadhead. Oh, and it better be beyond razor sharp. Single bevel broadheads continue to rotate after entering the animal, are more likely to split bone and continue penetrating. All good things if you unintentionally hit a shoulder blade or rib.

9. Learn how to sharpen: The edge of that single-bevel cut-on-contact broadhead can degrade over time. Things like pulling it in and out of your quiver will dull that edge. It’s imperative it’s as sharp as possible to cleanly sever everything in its path. Sharpeners specific to your chosen brodhead, a leather strop and knowing how to use it. will make a big difference.

10. A good baseline to shoot for: For an average deer hunting setup (Modern Compound, 28 to 29 in. Draw, 60-65 lb. Draw Weight), 19% FOC with approximately a 550-grain arrow (300 grains up front) is a solid starting point. This is a guideline and not gospel. It’s up to you to experiment, tweak and develop a custom blend of attributes to make your perfect hunting arrow.

The animals we pursue deserve our best effort to kill them quickly and efficiently. Dialing in our bow setups for optimal penetration is part of that best effort.