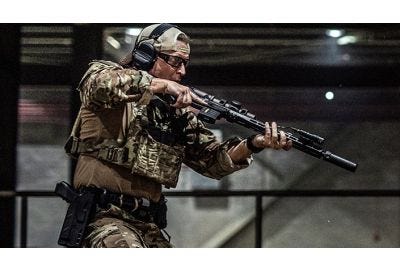 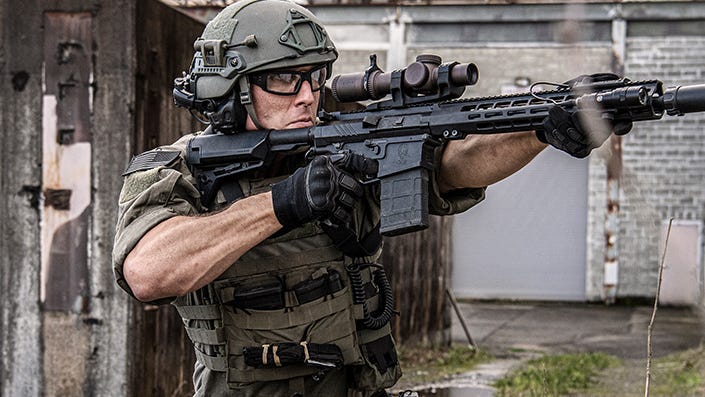 If you’re unsure of the difference between First and Second Focal Plane optics, checkout this podcast to learn more.)

FFP can get you a huge edge in competition, on some hunts, and on the field of battle. It can make you faster at longer distances and give you the ability to transition between targets of varying distance with speed and precision. FFP is freaking awesome. But it's not always better.

Optics. We love optical quality, so we'll quickly address this first. When looking at the same scope (same family, same mag range, same everything else) available in SFP or FFP, there will be no discernable difference in optical quality between the SFP and FFP model. None.

Cost. Again, all else similar and only looking at SFP vs FFP in the same scope, the SFP version will always be less expensive. If cost is one of your major concerns, an SFP may be the way to go.

The manufacturing process behind getting the FFP reticle—which is almost always going to be glass-etched—in its position on the front of the erector unit, which sits way down inside the scope, and aligning it properly is far more involved than the process of installing an SFP reticle. A tougher scope to make means a more expensive scope in the end.

Tons of people don't need it. This is the big one. FFP allows a shooter to engage targets and use all the hashmarks and/or grids of their technical reticle at any magnification. This is primarily useful when you find yourself on the clock in the heat of competition, or perhaps in combat. In these settings, you don't necessarily have the time to dial your turrets (which would allow you to just shoot using the center crosshair on any magnification) or you don't have time to make sure you are on a calibrated magnification to use those features, like you would in an SFP scope.

Most people we work with head to the range, sit down—not being timed on a clock or shot at—dial their shot into their turrets, and shoot off the center reticle all day. This is the perfect case for an SFP scope. Should someone want to use their reticle for spotting a friend, they can just dial up their image to the scope's calibrated magnification level and use the hashmarks in the reticle to call shots. (This is usually the highest magnification, where the reticle and image are at the same scale.) 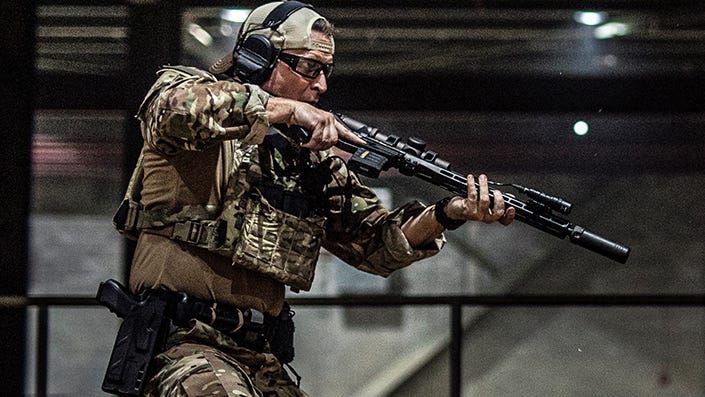 Many hunters don’t need FFP. There are some cases where FFP may help hunters. For example, when in hilly or mountainous country where you may come over a crest or a ridge to find your quarry suddenly right there in front of you, ready for the taking. You probably don't have the time to dial a shot or change your magnification, so the FFP scope would allow you to make a quick holdover and execute the shot without any trouble.

That said, FFP has one big flaw for low-light hunters that might be hunting in thick timber or brush: The reticle on the lowest magnification in an FFP scope (which is also the magnification that provides best low-light performance) is often so tiny you can hardly see it. Unless the scope is illuminated, the chances of you picking out that tiny little thing and making a good shot in those conditions are low. Many people prefer the SFP scope because, even when they have it on the lowest magnification, the reticle remains its normal size, more visible in the brush or timber, especially in low light.

Where having an FFP is handy. You can do it, but you'll likely be frustrated if you head to a PRS match with an SFP scope and try to compete at the level of some of the top competitors. Any other similar situation where you may find yourself executing shots at varying distances and in short order, the FFP riflescope is the way to go. Imagine shooting a target at 100 yards, then finding and engaging a 500-yard target, then an 800-yard target, then back to 300. The person with FFP will choose a magnification—almost never the highest mag, and probably somewhere down in the lower half of the mag range—and just sit there with it, taking full advantage of the larger field of view for finding and transitioning between targets, and engage all the targets quickly without having to touch the mag ring.

They may use the turrets, but they’ll likely use their reticle to hold over, or to make quick follow up shots and corrections after spotting their own misses. Meanwhile, the person with SFP is either dialing all over the place, or cranking their mag ring up to use their reticle, then cranking it back down after engaging the target to zoom out and find the next target...

You can often get the same exact scope more affordably if you just want to shoot at the range and dial your turrets to shoot off the center crosshair. Most casual shooters almost never use FFP to its fullest. Hunters in low light, thick timber, or heavy brush that utilize the lowest mag on their riflescope a lot usually don't like how tiny the FFP reticle appears when the scope is on the lowest mag and prefer SFP.

But, if you shoot competition, trust your life to your optic, or hunt in the right places, FFP can give you a huge edge.

If you want to take a deep dive into riflescopes to help figure out which one is right for you, check out this podcast covering everything you ever wanted to know about riflescopes.

Looking to learn more about long-range optic selection? Check out this 10-minute talk.