Everything You Ever Wanted to Know About Co-Witnessing Part One

By Jimmy Hamilton
No comments

Everything You Ever Wanted to Know About Co-Witnessing Part One 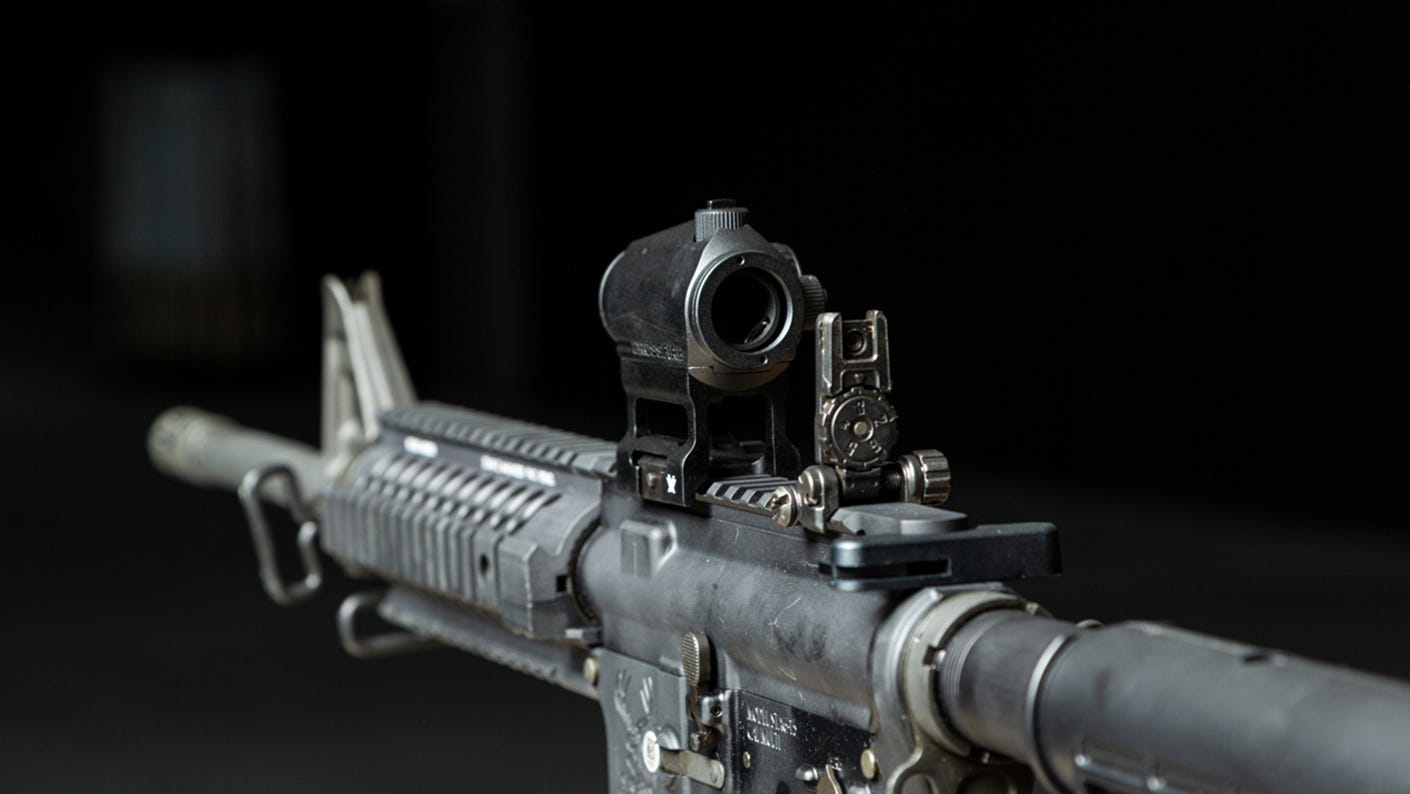 For a pretty simple idea – keeping your iron sights visible through your optic – co-witnessing can become pretty complicated, especially if you get caught up in the online chatter.


If you’re in the market for a red dot to put on your firearm, regardless of type, chances are you’ve seen the term “co-witness” thrown around in your search. If you’re brand new to the term, fear not, even those of us who have heard about it, discussed it, and even used it in practical application still can’t seem to get it straight or even agree on “which type” of co-witness is best.

So we’re all on the same page, let’s pin down what the term means, why it’s important (Or maybe not as important as the internet wants you to believe), and what co-witnessing is *actually* for.

If someone on the range ever looked at your firearm with a red dot on top and asked “What are you running for a co-witness?” they’re trying to figure out how your irons are set up height-wise in relation to the height of your red dot. On AR’s or other similar rifles with a standardized iron sight height, the only way your co-witness changes is by changing the height of your mounted red dot via different mounts. On pistols, this gets much trickier, as there are few “standards” out there for iron sight heights across the numerous different pistol platforms and even fewer standards about red dot height, or even how the red dot will be mounted to the pistol in the first place! There are two primary “types” of co-witness that you’ll see argued over on forums and comments sections – “absolute” co-witness and “Lower 1/3””) co-witness.

Let’s break these down:

- Absolute Co-witness – A firearm with a red dot and iron sights that exhibit an “absolute co-witness” has everything in one perfect line with one another. That is to say, if you were aiming at the target with your irons, and the red dot (mounted physically right between the front and rear iron sight, were “On”) then the illuminated red dot inside the optic would be perfectly in line with the irons. *Note* Vortex® no longer sells any red dot optics with an absolute co-witness mount out of the box.

- Lower 1/3 Co-witness – A firearm with a red dot and iron sights that exhibit a “lower 1/3 Co-witness” has the red dot situated up slightly over the top of the irons. In this case, the irons are still visible and can be used through the red dot optic, but they are in the “lower 1/3” portion of its field of view. When using the red dot, because the iron sights are not high enough to be right in the center of the optic’s field of view, the illuminated red dot inside will remain unobstructed and can be used without the irons getting in the way. Note in the pictures of this Crossfire red dot mounted at a lower 1/3 co-witness height the red dot sitting up over top of the irons in the center of the red dot’s field of view. 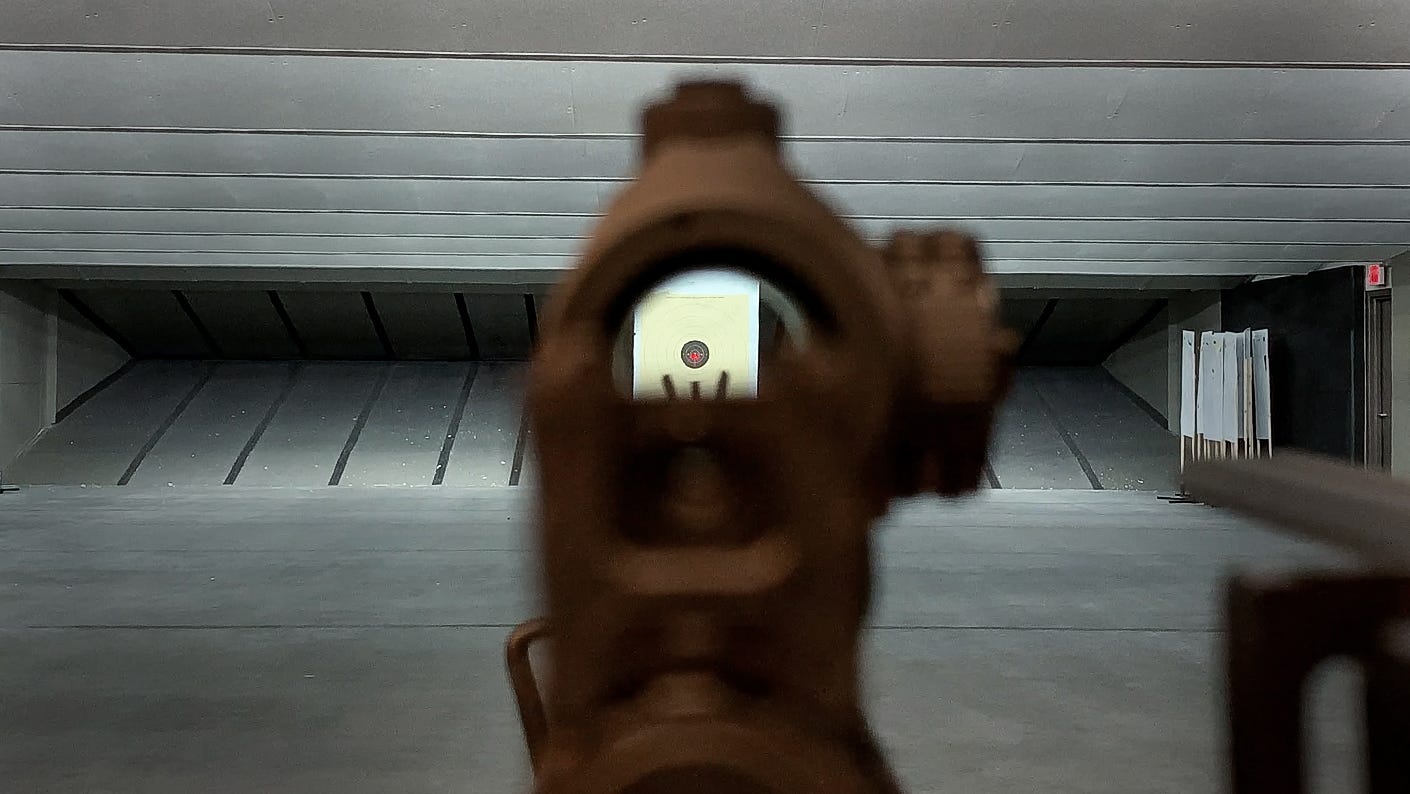 When the camera “bears down” on the stock a bit more and goes to the lower 1/3 portion of the red dot window, the irons can still be used through the optic.

So, why do we have two different kinds?

The idea of a “co-witness” harkens back to the days when red dots first came on scene for use by military and law enforcement. After many years of using iron sights, soldiers and law enforcement had grown accustomed to them, and needed to overcome the learning curve of adopting a new sighting system. Not to mention, the first red dots on the market back in the day weren’t perceived as being nearly as reliable as we know them to be today, nor were they very efficient with regards to battery life. These are important factors for any optic, but especially red dots, being that their sole means of providing the shooter a point of aim is by way of an LED emitter inside the optic. If that illumination source goes down or drains the battery, now the shooter has absolutely no point of reference inside the optic for aiming and would need to employ some sort of backup aiming solution.

As you can imagine, resistance to change and a fear for lack of reliability in life or death scenarios left people wanting an easy way to continue to use their ol’ reliable iron sights. Enter the co-witness.

Initially, because users were so accustomed to “lining things up” to aim with their front and rear iron sight, they wanted the red dot to sit immediately right in line with their iron sights. This way, whether the red dot was on or not, their use of the firearm and aiming method really didn’t change.

Eventually, people started realizing red dots were actually quite reliable, they were getting more and more efficient, and perhaps most important of all, when used without any iron sights in the way, they were exponentially quicker to use and even more accurate. Still, not ones to completely let go of their trusty old iron sights, shooters decided to keep the irons visible and usable in a pinch in the lower 1/3 portion of the field of view of their red dot, but set the red dot high enough that it could be used, unimpeded by the irons, much more effectively.

Next week, we’ll dive into more on co-witnessing, including co-witnessing on your pistol. In the meantime, check out this blog on finding the best optic for your AR, or this blog on whether or not an LPVO is right for you.