A faint gobble echoes through the woods, now muffled by dense vegetation that enters leaf-out in late-spring. The subtle buzzing of pesky bugs and birds chirping as the woods awaken makes it difficult to pinpoint the gobbler’s location, but turkeys are usually tight-lipped after a long season of dodging other hunters, so you leave the decoys in the truck and take off after your only lead. This scenario is the norm in the waning days of spring turkey season, but patience and creative tactics can help you bag your bird before the final bell.

Decoys are an effective visual tool for coaxing gobblers into range. They work especially well during early season before green-up, but dense vegetation limits their visibility in the latter part of May. Rather than lugging the extra weight with hopes of finding a spot where a decoy will work, leave it at home and use the thick cover to your advantage. Plus, sneaking without a bulky decoy helps you stay silent as you make your final approach. 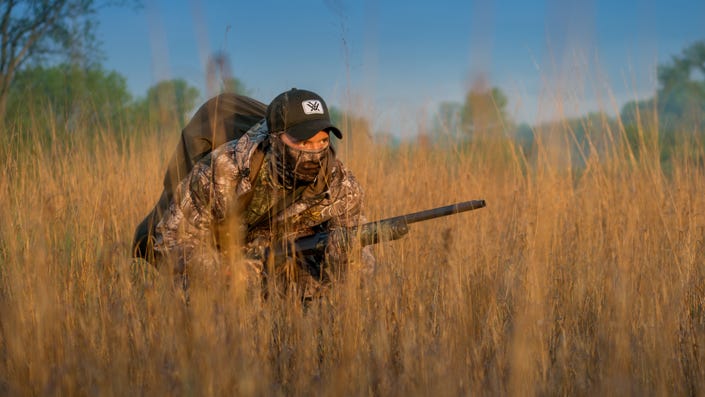 When you can, carry only the essentials, and try to get to around 100 yards from a gobbler before calling.

Even in flat terrain where stalking is notoriously difficult, lush foliage is a perfect barrier for a gobbler’s keen eyesight and can be used to sneak in close before setting up. Try your best to get within 100 yards of a tom before calling to him. Doing so makes it easier to encourage the tom to exert the effort needed to investigate your calling, especially on hot days when gobblers are lethargic and loafing in the cool, shaded timber.

By late May, toms are accustomed to the loud yelps that most hunters default to for striking a gobble. While that’s an effective tactic in the early season, gobblers get smart to these unnatural loud yelps. Instead, listen for gobbles when birds are roosted to find a general area to hunt. After closing the distance, occasionally make subtle yelps, clucks, and purrs. Gently scratch the leaves by dragging your feet or brushing them with your hand to replicate a lonely, feeding hen. 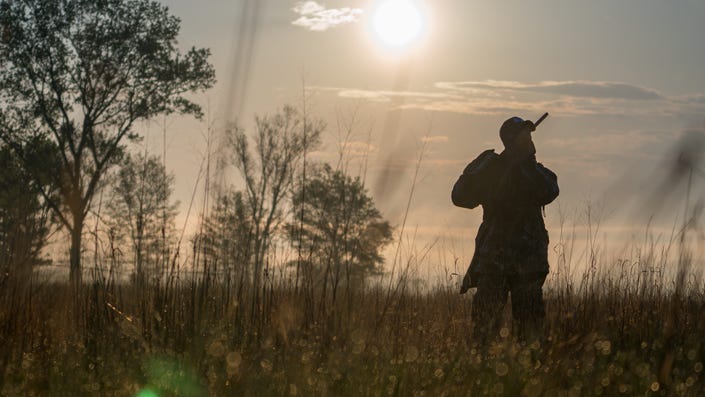 Go easy on those calls! Toms have heard a lot of unnatural yelps, so you’ll need to be more subtle.

Don’t get discouraged if a tom doesn’t immediately answer, since he’ll likely approach silently. Listen for the distinct spit and drum vibrations that a tom produces when he pops into full strut and be on the lookout for his red and white head as he slinks through the vegetation.

If you’re hunting public land, it’s easy to be drawn to large tracts that encompass several thousand acres. These parcels allow for plenty of room to roam, but are usually the first properties other hunters visit. Small parcels, especially those under 100 acres, seemingly fly under the radar of other hunters and receive less hunting pressure. 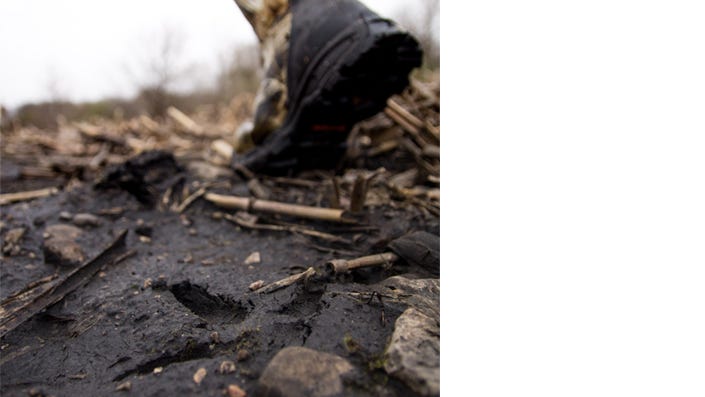 One easy way to find more turkey is to think small. Seek out smaller properties with less access and, therefore, less hunting pressure.

Seek out these hidden gems, especially those with only one access point. Minimal access and tight property boundaries turn away other hunters, but in turn create small hot spots where gobblers can avoid intense hunting pressure.

Warm weather and long days make late May a great time to chase turkeys. Thinking outside the box and deploying these unconventional tactics can make for some incredibly fun hunting while hopefully stocking your freezer full of tasty, wild butterballs.