Making Sense of Magnified Optics on a Tactical Carbine Part 2

Making Sense of Magnified Optics on a Tactical Carbine Part 2

In the last blog we discussed low-power variable optics on a tactical carbine. Today we’ll look at another option: a red dot sight and magnifier combination. 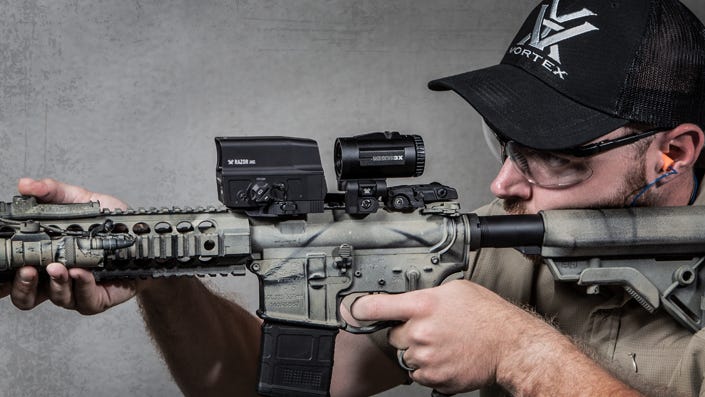 Like the LPVO, there are advantages and drawbacks to this setup. To begin, red dot sights are easy to use and inherently durable because of their simple design and manufacturing process. Eye relief and eye box are essentially unlimited, so it is hard to beat their speed when acquiring and transitioning between close-in targets.

When paired with a quality mount, a good magnifier provides a fast and simple transition between magnified and non-magnified settings with the flip of a lever. Magnifiers are basic in design, durable, and with a quick release mount, can be removed from the gun completely when not needed.

A magnifier, mount, and red dot sight can generally be purchased for significantly less than a low power variable optic. Due to differences in illumination requirements, red dot optics have inherently longer battery life than an LPVO, though when a red dot battery dies, there is no wire or etched reticle to utilize.

Red dots are generally easier to use in conjunction with helmet-mounted night vision than an LPVO, though shooters who may find themselves in this situation will greatly benefit from a mount which places the dot in a higher than 1/3 co-witness height.

Drawbacks to the RDS / Magnifier

As the saying goes, there is no free lunch. So, while the RDS/magnifier provides some great benefits, there are some things shooters should be aware of. Magnification is limited to 1x and whatever power magnifier you have. Where the LPVO can be used across a range of settings, with the magnifier you get two options: magnified and non-magnified. Due to optical constraints, magnifiers generally have less eye relief and eye box than a high-quality LPVO and will generally take up more rail space than an LPVO. Depending on your gun and optic selection, this can make putting back up iron sights as well as a RDS and magnifier on an AR-15 receiver a tight fit.

With some optic combinations, shooters may notice a small point of impact shift when going from magnified, to non-magnified with a flip up magnifier, or with some optics the magnifier may impart a small degree of parallax error if the shooter is not centered properly behind the optic. In both cases, this is generally small, usually under 1 MOA, but better shooters may notice slight shifts in their groups at distance. 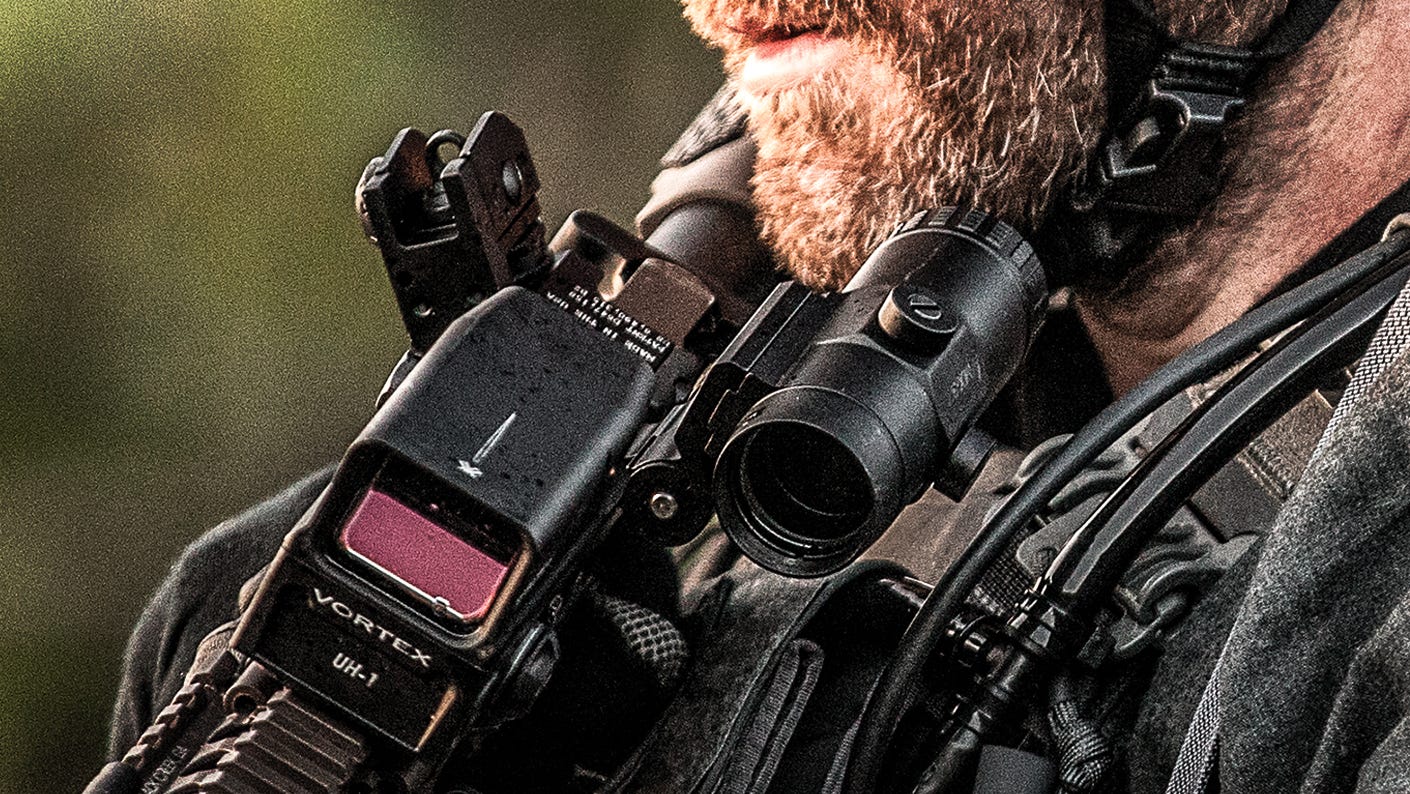 Setup & training with a magnified optic

Regardless of whether you run an LPVO or a 3x magnifier, there are some additional considerations you should take when setting up and training with a magnified optic on your tactical carbine.

If you run out of room on your upper receiver, consider a smaller optic / magnifier combination, or switching to 45 degree offset back up iron sights. (Learn more about 45 degree offset here.)

With LPVOs, it is important to carefully follow manufacturers recommendations in mounting your optic. While most red dot sights you can simply crank down on the receiver, LPVOs are precision instruments which require using an inch pound torque wrench, following a designated bolt-tightening pattern and using published torque specs. Failing to do so can result in an optic that shifts in the rings recoil or impacts, or worse, is damaged from over-tightening the rings.

We recommend zeroing on a higher magnification utilizing a very stable shooting position, at 50 or 100 yards, then confirming your group does not shift on lower power. Zeroing on high magnification allows you to be the most precise in your sight picture, ensuring your sights are where they are supposed to be on target when your shot breaks.

It is important to confirm your point of impact does not significantly shift when changing magnification. As mentioned before, you may see SMALL amounts of shift (1 MOA or so) when utilizing a magnifier and red dot sight. Even with an LPVO you may see a small shift due to how you perceive the alignment of your sights on target, especially if you don’t have rock-solid shooting fundamentals, or your eye sight isn’t quite what it used to be.

As a shooter, you should practice engaging targets at various distances on different magnification levels. You may be surprised to see you don’t always shoot better on high magnification. For instance, when we shoot B-8 bullseyes from a kneeling position at 50 yards, we generally don’t turn our magnification above 3x. When we turn it up to 6x, we find we are much more likely to throw shots due to the increased perception of sight movement.

Magnified optics on a tactical carbine can provide a shooter a significant advantage in identifying and engaging targets in a variety of situations. By understanding the advantages offered by different sighting systems, as well as proper optic setup and relevant training, shooters can stretch the capabilities of their carbine while still maintaining a high-performing platform for CQB.

Sound like your ideal setup? Check out our new Micro 3x Magnifier.