Late season is one of my favorite times of the season to run trail cameras. Pictures reveal which bucks survived, who fell off the map, and if any new bucks moved in. Best of all, getting pictures is a relatively simple feat. After all, browse becomes relatively scarce in the dead of winter and the deer don’t wander far from the food once they’ve found it - they need to conserve energy. 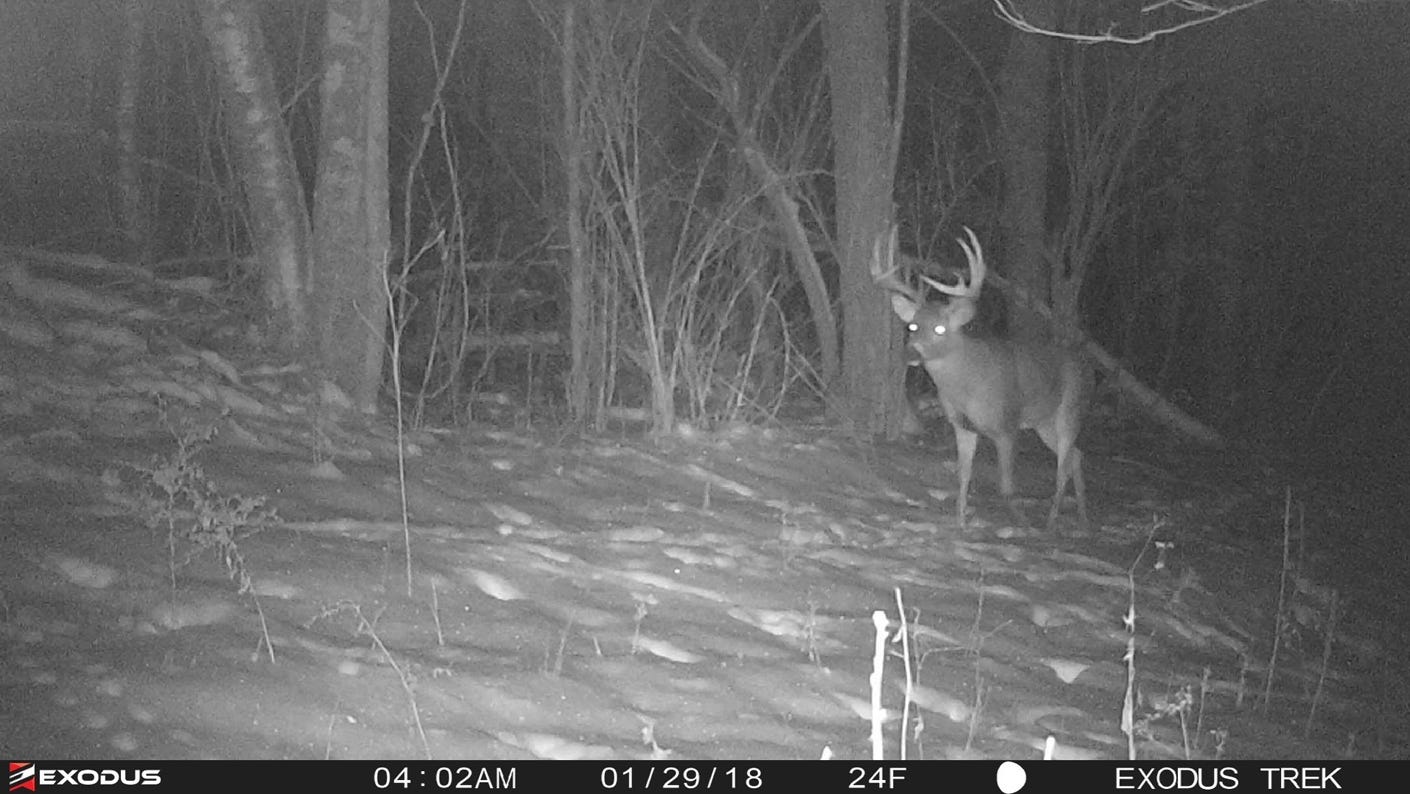 Another great thing about running cameras during the late season is getting multiple deer in the camera frame. Because food becomes scarce it’s not uncommon for large numbers of deer to show up in groups and bed nearby. This provides a better handle on the deer inventory in the area.

Standing beans are rare in the late season, but mother nature plays a crucial role in dictating when and if a farmer can harvest their crop. Too much rain can hamper access to the fields and muddy them, which is hard on the farm, but good for the deer. If beans are left standing into the dead of winter, you can bet deer will be feeding in them on a nightly basis. This is a great location to set a trail camera.

Standing corn is also a vital food source in the late season and much more prevalent than standing beans. If you hunt an area with corn left standing, don’t waste time picking a spot to hang a camera – the deer are close by.

When food is scarce and the late season is upon you, trail camera placement can be extremely challenging. If you place a camera too close to bedding you run the risk of those deer relocating due to your intrusion(s). So, what do you do? 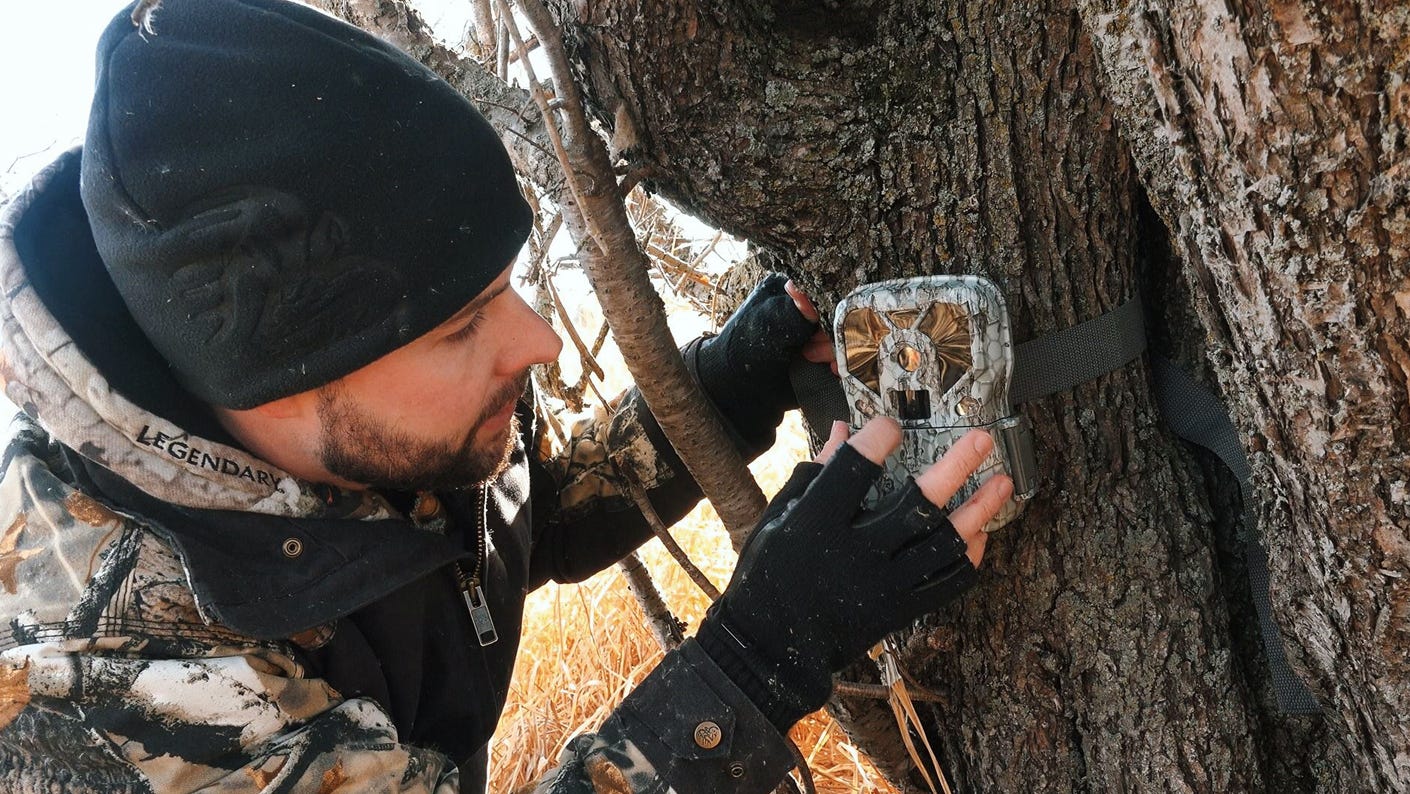 Natural browse can be hard to determine in the late season because of snow cover and ice, but with boots on the ground and your attention on the ground, tracks will show you the areas deer prefer. One thing I pay attention to once I find natural browse being utilized by deer during the late season is beds. Because food is limited the deer will bed close by to conserve energy. If you find the nearby bedding area, consider the primary wind direction and look for tracks traveling between the food and bedding downwind of those two areas as deer will often close in on food from downwind to make sure the area is safe before they arrive. Similarly, I believe deer often travel from food to bedding with the wind at their back to feel comfortable nothing is following them to the safest environment they know.

Placing a camera in-between the natural browse and bedding may not yield many photos as wind direction is unpredictable, but it is what I’ve found to be the safest way to run a camera without pushing the deer away from the area you’re limited to. 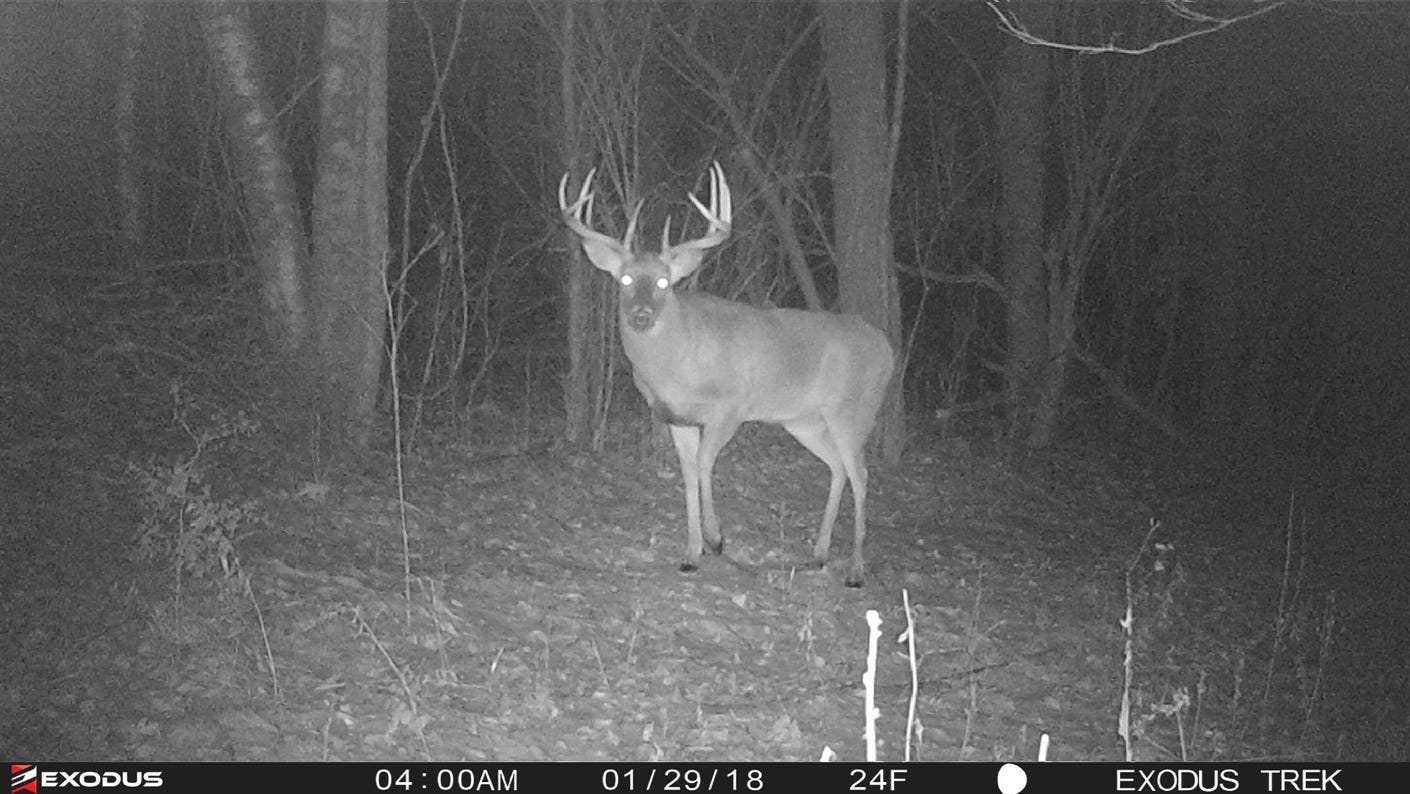 There’s only one caveat to running trail cameras in the bitter cold of late season and it comes down to battery life. Cameras should perform to par in the cold, but regular alkaline batteries will run out of juice in a hurry. If you’ve made a good decision where to place your camera you should be getting a lot of photos, but the more the camera works the more it drains on your batteries. I use lithium batteries almost exclusively, however, sometimes you must settle for what’s available if you’re on the road and in need.

For more on taking your trail camera game to the next level, check out Sam's early season posts: Part One: Taking Trail Camera Intel To The Next Level, Part Two: Lessons Learned The Hard Way, Part Three: Why is Trail Camera Placement Important Based on Season?.