By Erik Barber
No comments 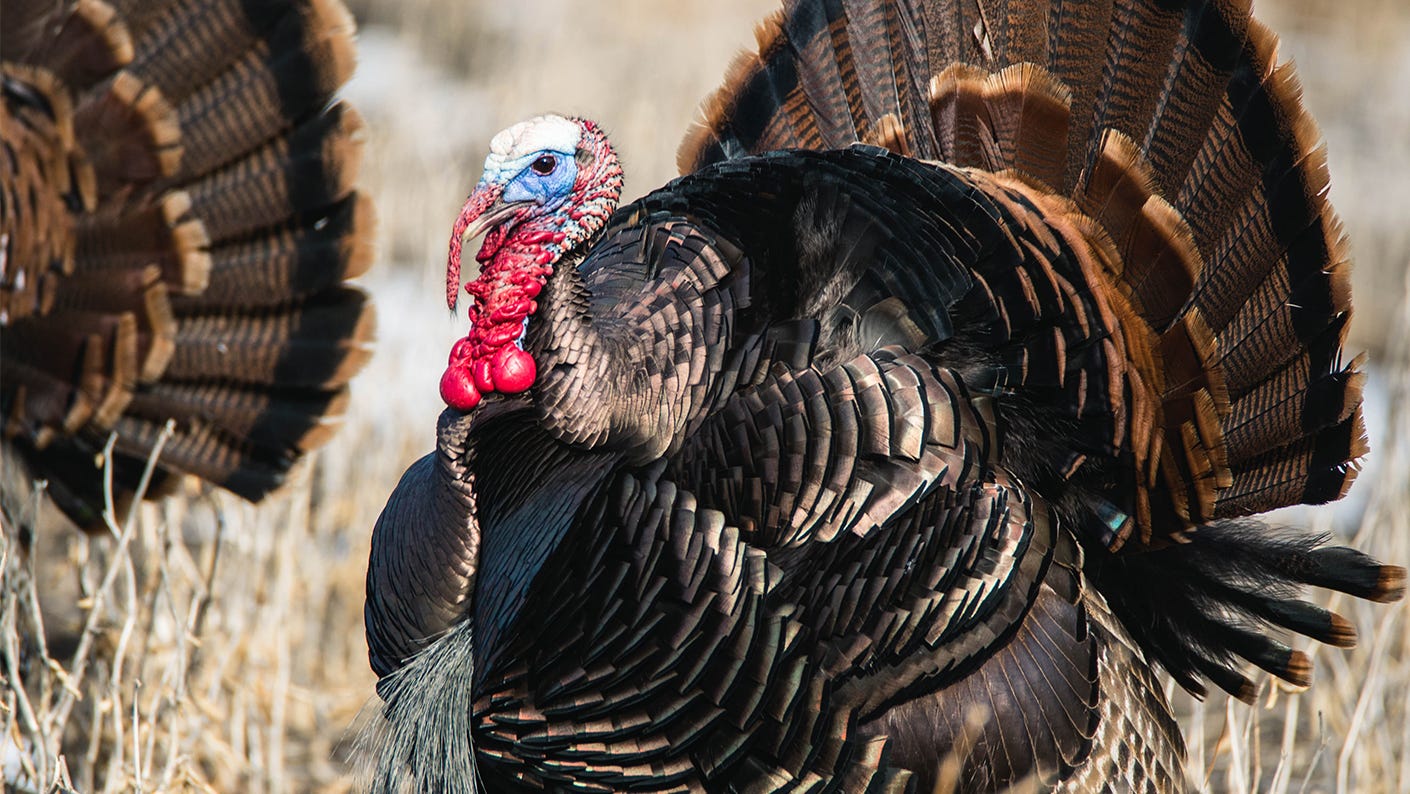 When hunting birds that have seen it all, you’ll have to think creatively to fill your tag.

How to fool a turkey that’s seen it all

Thundering gobbles echoed through the Wisconsin woods as sunlight pierced the horizon on a late-May morning. Three toms gobbled from their roosts in large white oaks on a secondary ridge across the valley from a flock of yelping hens. Being later in the season, these birds had already seen their share of hunters, and any pressure from hunters in the form of excessive calling or choosing a careless access route would have certainly shut them up. After gobbling on the limb for a few minutes, the toms eventually pitched from their roost and marched toward the harem.

Unbeknownst to them, I silently awaited their arrival, tucked underneath the overhanging branches of a gnarly cedar tree. When the toms veered to intercept the hens in the neighboring field on private land, a few light purrs and scratches in the leaves were all it took to pique their curiosity. When they popped into strut at just 13 yards, a single shot from my trusty (and, very rusty) Remington 870 anchored a loudmouthed tom. 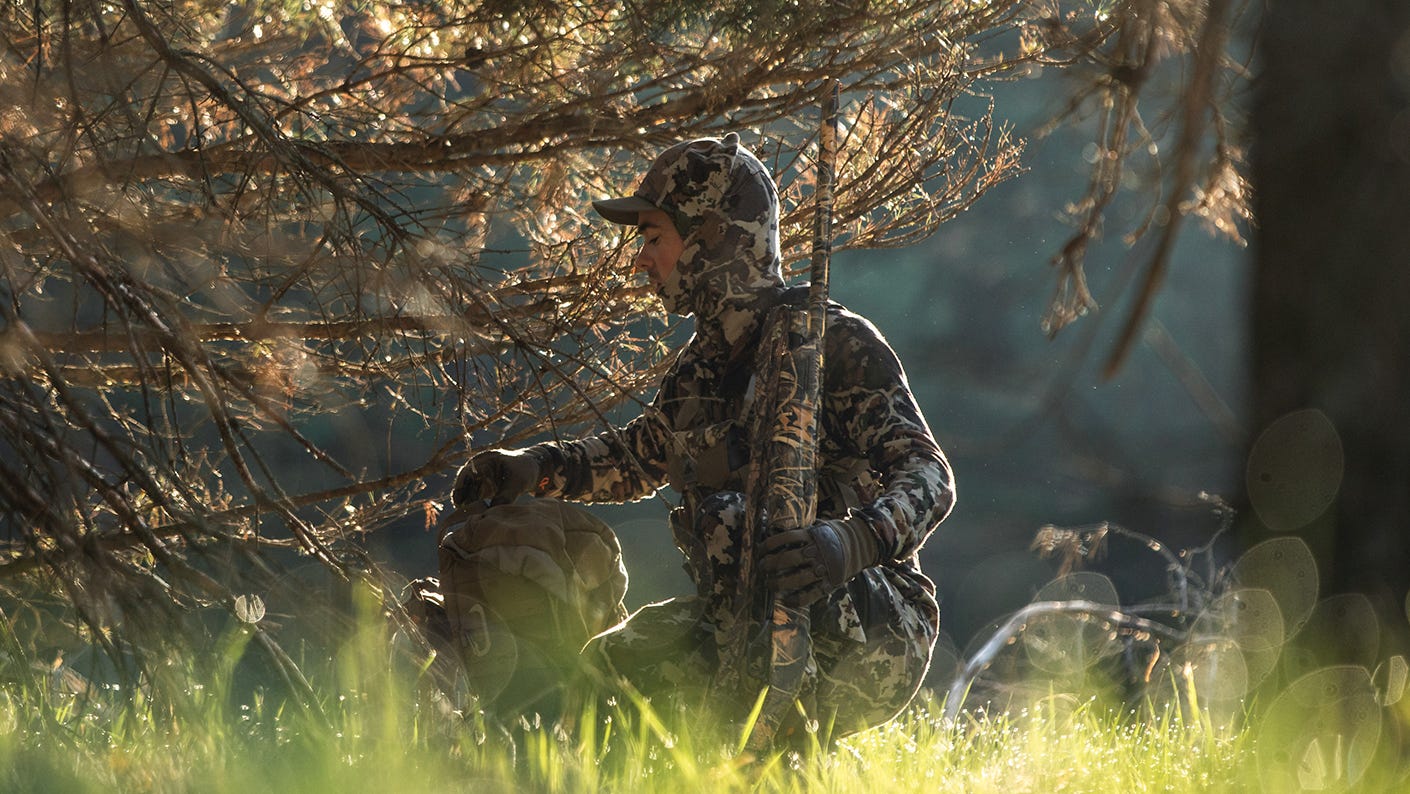 Unlike scouting big game, scouting toms can be relatively fast and easy, and it’s the best way to set yourself up for success.

Scout from a distance

To effectively hunt pressured turkeys on public land, you need to know where they live. But unlike scouting other game animals, scouting that’s intensive and time consuming, turkey scouting allows hunters the unique opportunity to listen from afar at dawn and dusk when gobblers are most vocal.

Use a mobile mapping software, like the OnX Hunt App, to pin the tom’s suspected location. Take your scouting from afar one step further by glassing nearby fields or clear cuts. Observational scouting helps you identify behavioral traits and travel patterns. Pair your knowledge with the right setup, like an intruder Jake decoy to play off a tom’s aggressive tendencies, for example, and you’ll dramatically up your odds of punching your tag. 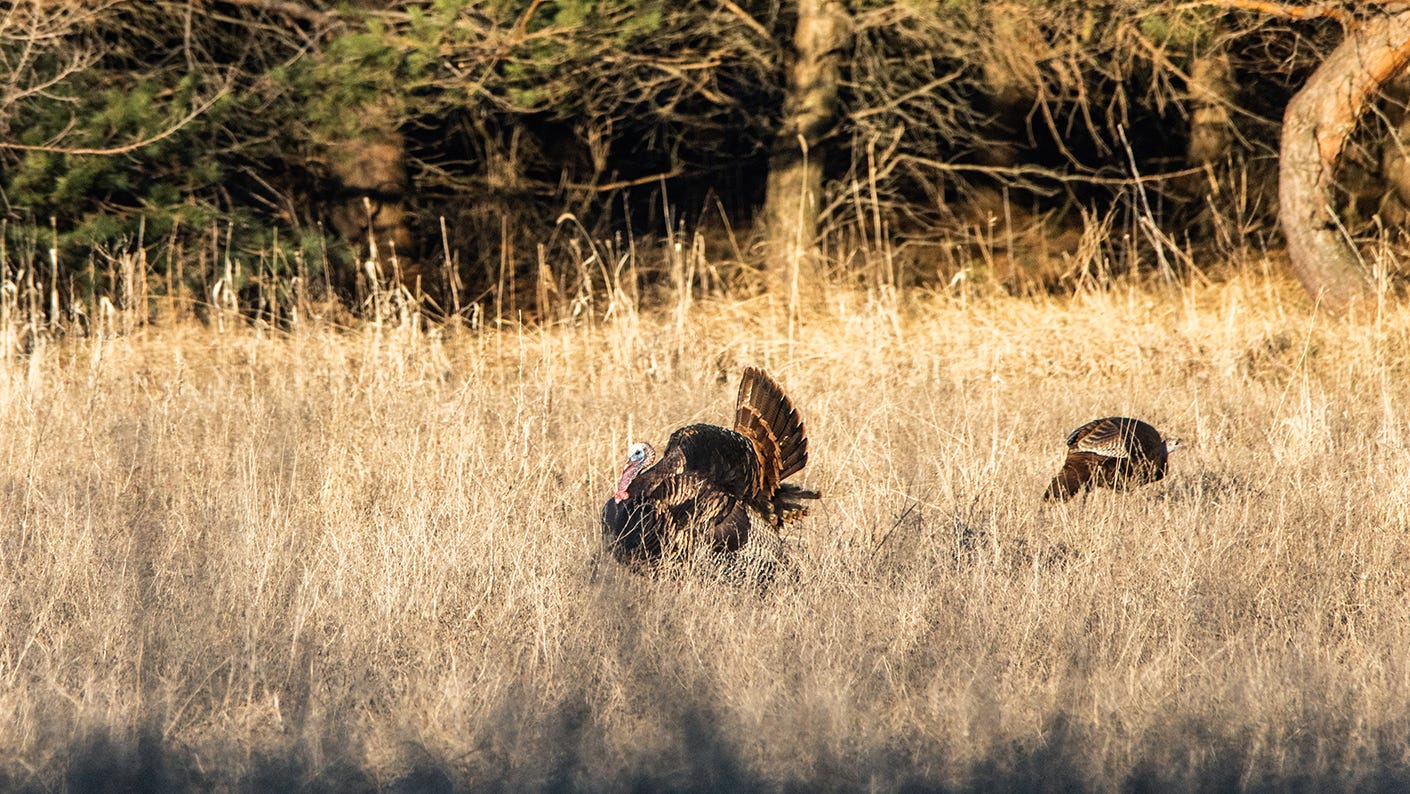 A mobile (or “run and gun,” as it’s commonly called) approach to turkey hunting helps you cover more ground and increases your chances of striking a gobbler. Walk ridge tops on a calm morning so you can project your calls across plenty of habitat that might hold turkeys. Don’t get attached to any particular hunting spot. Instead, set up and call for a few minutes and wait for a responding gobble. If a tom fires up, stay put and work the bird into your setup. If nothing answers, keep covering ground.

Hunt the hot bird, not any bird

Turkey are notoriously finicky birds. Even when you know their exact whereabouts, sometimes they simply aren’t interested in your calls or decoy. The old saying, “Don’t leave fish to find fish,” doesn’t apply to turkey hunting.

Turkey behavior is dependent on their mood, and you can read their body language by observing their head color and snood position. For example, when a tom’s head turns white and he pops into strut, laying his snood over his beak, rest assured he’s aggressively approaching your location. On the other hand, a blue head and short, erect snood signifies a timid gobbler that likely won’t socialize with other birds, making him almost impossible to coax into range.

In situations where a bird is playing hard to get, sometimes the best decision you can make is to abandon it and search for a “hot” bird. When a gobbler is hot, he’ll respond almost immediately to your call. When you give him the silent treatment, he’ll likely get agitated and gobble even more frequently. 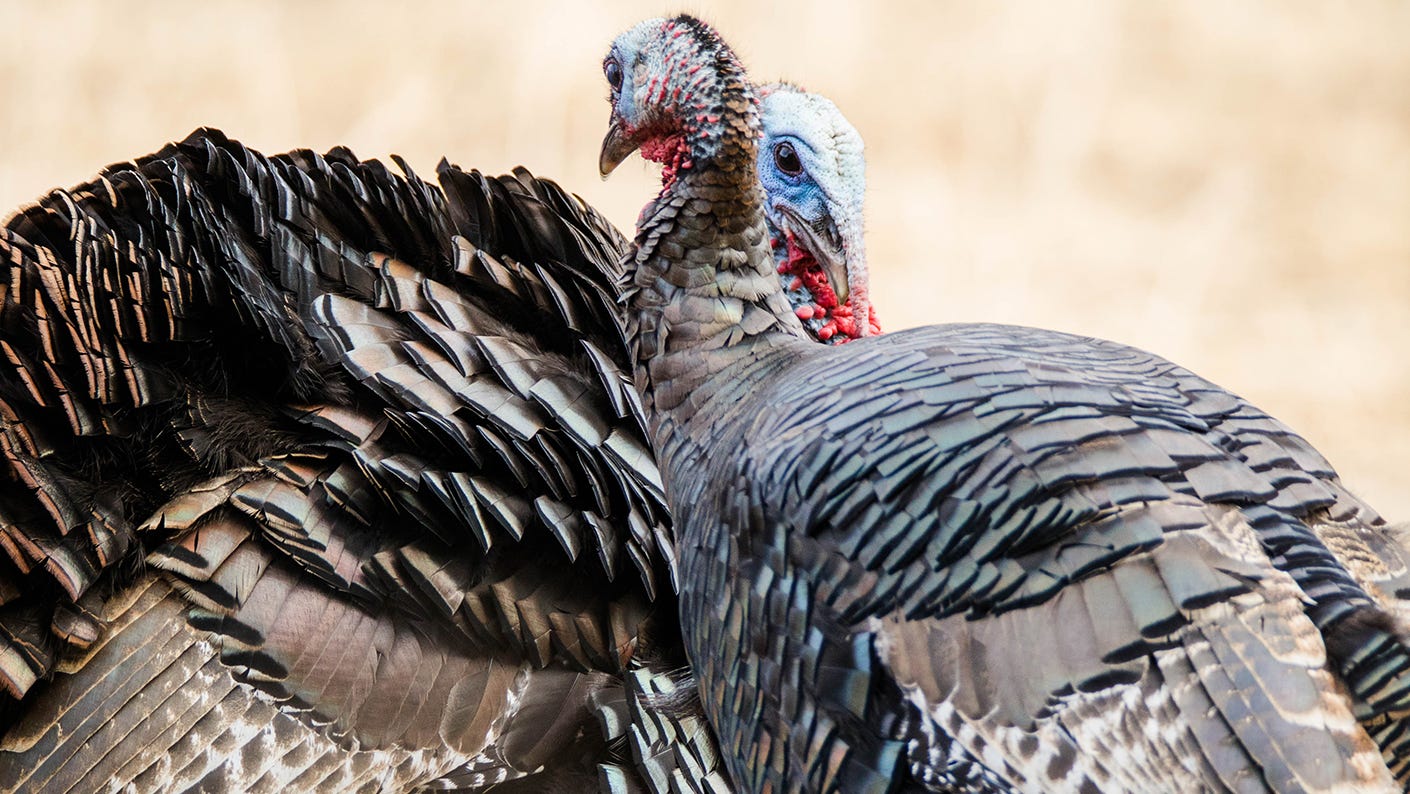 You can struggle all day to make a cold tom interested, but it’s better to focus on the responsive birds.

Heavily hunted turkeys have heard and seen it all. If your calling lacks inflection, a wary tom will quickly identify you as a hunter and serve the silent treatment. However, you don’t need to be a great caller to consistently dupe gobblers.

If you’ve ever watched a flock of turkeys, you know they spend a lot of time scratching leaves in search of food. By adding the realism of scratching leaves with your foot as you make soft yelps, you’ll quickly differentiate your calling strategy from most other hunters. These subtle sounds are also difficult for a nearby gobbler to pinpoint, forcing him to come closer if he wants to investigate.

Just because gobblers are most vocal shortly after they pitch from the roost doesn’t mean the early morning hours are the best time to bag your bird. In fact, most turkeys flock up after they fly down, which makes it incredibly difficult to lure a tom away from his harem to investigate your decoy. Hens won’t entertain the tom for long, as they normally head to their nest once the sun gets high in the sky. As soon as they head to nest, toms get lonely and don’t waste any time looking for a mate. If you’re still in the woods while the rest of the hunters are enjoying breakfast, you’re in luck. Between 10:00 am and 1:00 pm is the witching hour for striking a gobbler and sweet talking him into your ambush. 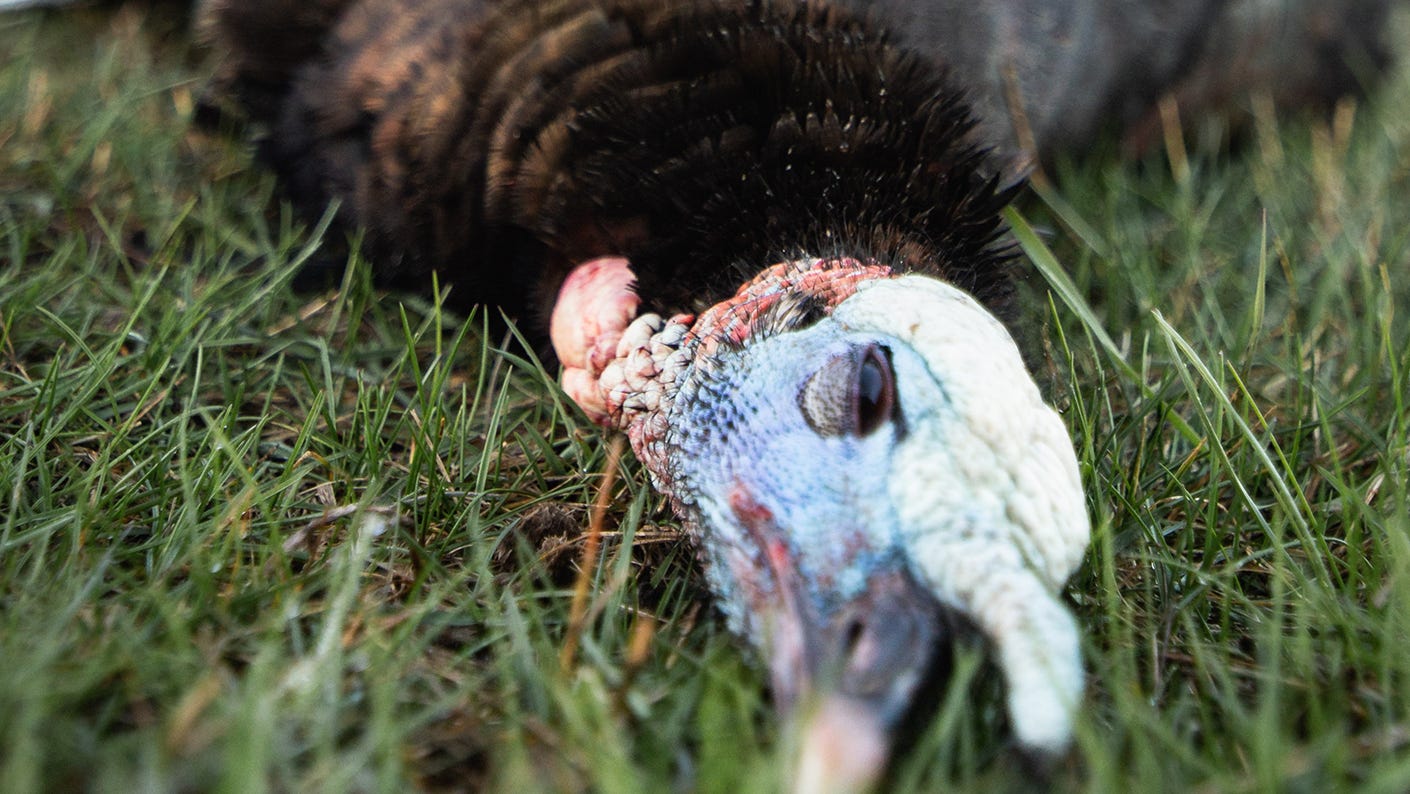 Sometimes, the best time to hunt is mid-day when other hunters are back home.

At their core, these hunting tips break the mold of what’s normally thought of as the conventional way for hunting turkeys. Don’t be afraid to get creative and think outside the box. By doing so, you’ll fool more toms and enjoy delicious wild turkey table fare.